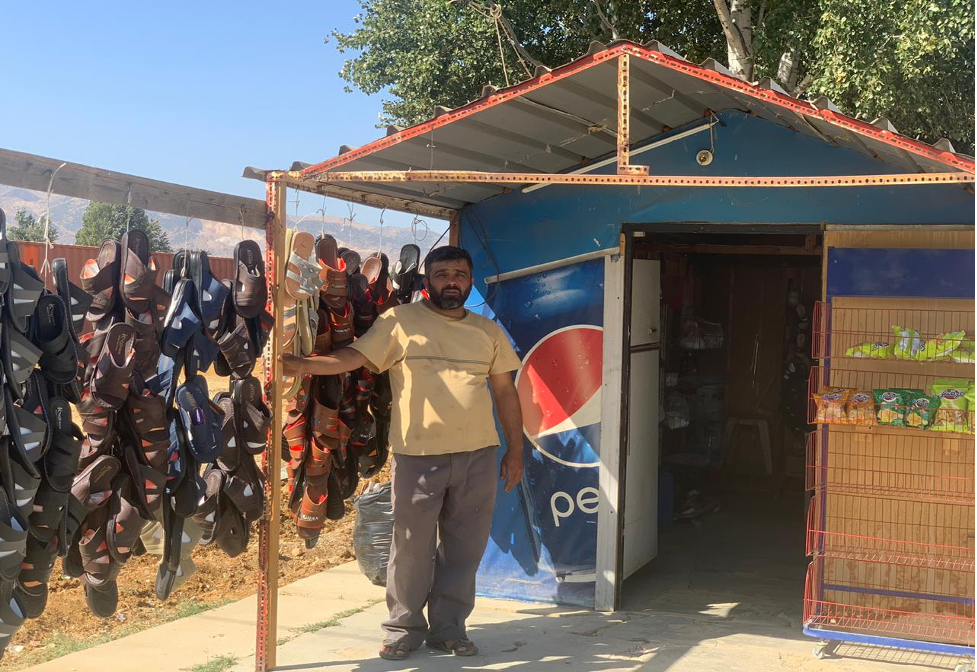 Wa’el Al-Laham was a shoemaker in Damascus before the violence and turmoil of the Syrian civil war forced him to flee to Lebanon with his family. The war in Syria took a heavy toll on Wa’el, economically, socially, and psychologically. He lost his business and his home to the conflict.

The challenges continued for Wa’el when he arrived in Lebanon, where he now lives with his wife and their three young children. They are among the estimated 1.5 million Syrian refugees currently in Lebanon. Like many refugees, Wa’el struggled to obtain a permanent work visa, which can be difficult to get, especially in the midst of the severe economic instability in Lebanon. Political and economic crises, in addition to the COVID-19 pandemic, have created an environment where nearly a quarter of Lebanese people are facing extreme poverty and more than 90% of displaced Syrians in Lebanon are living on less than $2.90 a day.

Wa’el was able to open a small shop to sell shoes but it was robbed, leading him to close it down. His subsequent work as a day laborer fell short of his family’s basic needs — rent alone was 1.5 times his monthly income.

When Wa’el learned about Near East Foundation’s (NEF) nearby Siraj Center from his sister, he reached out and described his situation, his ambitions, and his concept for a new shoe business. Siraj Center staff invited him to join their ongoing entrepreneurship training. Wa’el attended business development trainings online through the Siraj Digital platform and developed a feasibility study for his business.

Following his training, Wa’el received a start-up grant that he used to purchase shoe repair equipment and a small inventory of shoes. The Siraj Center team continued to follow up with Wa’el after he received the grant, offering technical support as he got his business up and running. They also provided him with hygiene kits and offered tips on how best to protect himself and his family from COVID-19.

Over time, Wa’el’s income has grown. He now earns between 900,000 and 1,050,000 Lebanese pounds per month, a four-fold increase over his previous income. The success of his business has brought welcome, positive change for Wa’el and his family. He now feels more secure and grounded, financially and psychologically. Prior to participating in Siraj Center activities, Wa’el often felt anxious, thinking about his family’s financial situation day and night. He worried about how he was going to cover the monthly rent, on top of his kids’ school tuition and other living expenses. Now, with his business moving forward, he is looking ahead. At some point over the next five years, he hopes to open his own factory for shoe production and repair, complete with modern equipment and a team of employees. 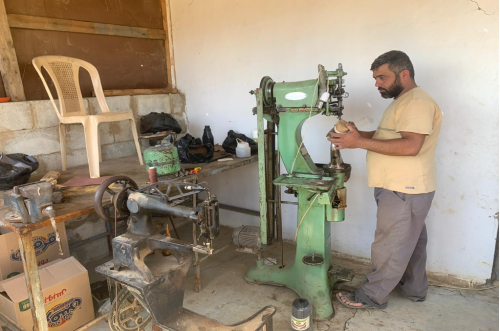 NEF Siraj Centers help people move from reliance on aid to self-sufficiency, through entrepreneurship, in a safe and dignified way. Since the launch of the first Siraj Center in 2015, NEF and its local partners have helped more than 3,400 people in Lebanon access services, gain new skills, and create sustainable businesses. More than three-quarters of participants report increased household income (77%)and improved self-confidence and agency (88%). NEF’s economic livelihoods work in Lebanon is currently funded by the U.S. Dept. of State Bureau of Population, Refugees.