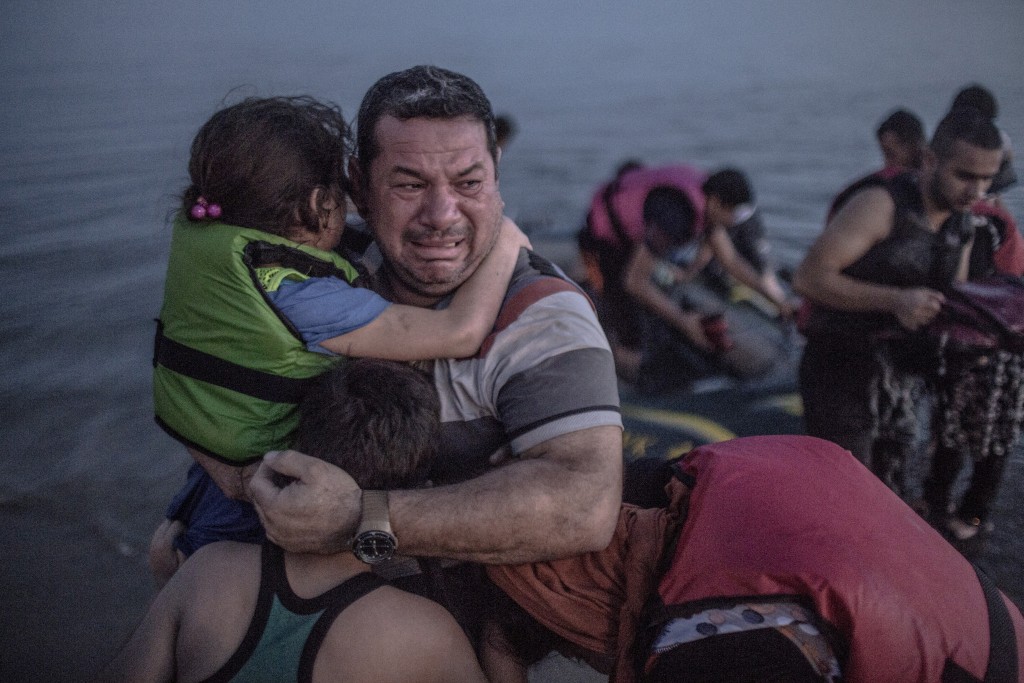 Syracuse, New York—The Syrian refugee crisis was front and center at last month’s Clinton Global Initiative Annual Meeting in New York City. NEF president, Charles Benjamin, was invited to participate in a round table meeting, presided over by President Bill Clinton and His Majesty King Abdullah II of Jordan, to discuss long-term investments and solutions to cope with the impacts of the crisis in Jordan. Moderated by Antonio Guterres, UN High Commissioner for Refugees, the group included 30 leaders from government, business, and civil society, including His Excellency Imad Fakhoury, Jordan’s Minister of Planning and International Cooperation.

While the roundtable focused on the plight of the refugees themselves, the discussion also highlighted the strain that this influx of refugees has placed on host countries like Jordan, where Syrians now make up 21 percent of the population. Communities that have welcomed refugees face very real challenges resulting from higher prices of staples, lower wages, and overburdened health and educational systems. Roundtable participants discussed strategies—and their own commitments—to improve the resilience of refugees and their host communities through education, health and economic opportunity.

Benjamin’s presence and contribution to this discussion further cemented NEF’s commitment—made earlier this year at CGI’s Middle East and Africa meeting in Marrakech—to establish three “Siraj Centers” in Lebanon (Bourj Hammoud, Beirut) and Jordan (Zarqa and Russaifeh), where refugees and vulnerable members of their host communities can access training, financial resources, and mentoring to help start income generating activities, learn new trades, improve financial literacy, and build social networks. NEF’s aim over the next two years is to help at least 5,000 Syrian, Lebanese, and Jordanian families restore their livelihoods and achieve some degree of economic stability to meet their own needs with dignity. With a focus on women and adolescent girls, NEF is providing access to training, resources, and information to start small businesses, home-based income-generating activities, and savings accounts to build financial assets.

This commitment builds on an earlier phase of livelihood support to refugees and host community members in Zarqa, Jordan. Through this initiative, 800 people—75 percent of them women—started home-based income-generating activities, with a business survival rate of 100 percent and an average increased of 48 percent in household income. NEF has also completed a financial literacy and savings pilot program with 30 Syrian women in Jordan and initiated the expansion of the financial literacy and savings programs in Zarqa, Jordan with 42 Syrian and 18 Jordanian women. So far, 100 percent of participants have used savings to start home-based businesses. This is a new approach to building refugee economic security, and the results of the pilot will be used to scale up under the current commitment to action.

In addition to our CGI commitment and ongoing work in Lebanon and Jordan, NEF has partnered with several other organizations to widen its impact. NEF has joined InterAction’s Syrian Crisis Response, Global Impact’s Syrian Refugee Fund, and a campaign on Global Giving to “Help Syrian Refugees to Help Themselves” launched last month to help fund this initiative.

Amid the turmoil of this ongoing crisis, there are pockets of hope for refugees and those affected. However, there is still a long way to go and many more who still need our support. Visit www.neareast.org to see how you can help.