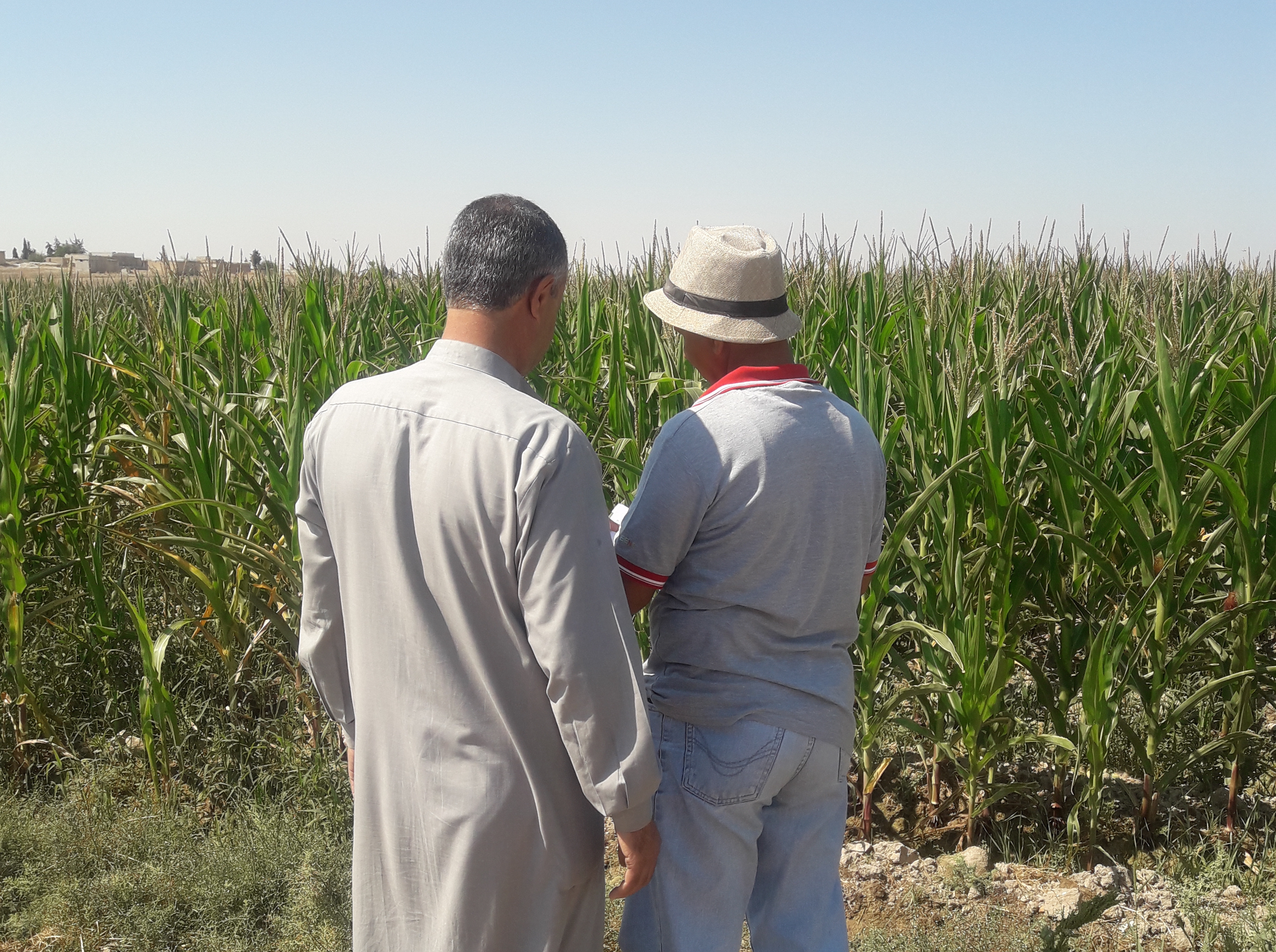 Once a regional leader in agricultural production, Syria has been deeply impacted by conflict and by a changing climate. Millions of people have been displaced, which has left Syria’s agricultural sector in disrepair.

Farmers like Mustafa* have found themselves unable to afford the inputs they need to cultivate their land. For the past five years, he has suffered from this problem, even though his farm is the sole source of income for his family of 13 people.

After attending agricultural technical trainings at his local Siraj Center, one of eight such community livelihoods hubs in conflict-affected of Syria, Mustafa employed new technologies to bring his farm back into cultivation and increase its productivity. Mustafa worked with Siraj Center staff to determine a clean nitrogen fertilizer and herbicide to use in his fields, saving him valuable resources and optimizing his production. He recently harvested 575 kg of wheat per dunum across his 10 dunums of land, which yielded his family 1.6 million Syrian pounds in revenue.

He is not alone. Through USAID’s Advancing Agricultural Markets in Syria (AAMS) program, implemented by the Near East Foundation, farmers are using resources more efficiently, to produce more with less. They are installing ground water pumps and drip irrigation. And they are finding creative ways to diversify their incomes.

Musa, a barley producer, decided to pursue his dream of opening a tree nursery. With Siraj Center staff, he analyzed the costs and potential profit and decided to move forward, producing more than 7,000 seedlings. The proceeds from the sale of these seedlings amounted to 1,240,000 Syrian pounds. He is now preparing to install a drip irrigation network and looking ahead to the cultivation of fruit trees.

Tariq, a sheep farmer in northern Syria, started collecting crop residue and converting it into hay, to use for animal feed and to sell in winter when hay prices rise. After attending agricultural technical trainings at his local Siraj Center, Tariq received a grant which he used to conduct needed maintenance on two existing warehouses, replacing roofs and doors, allowing him to store the grain for future use and sale. 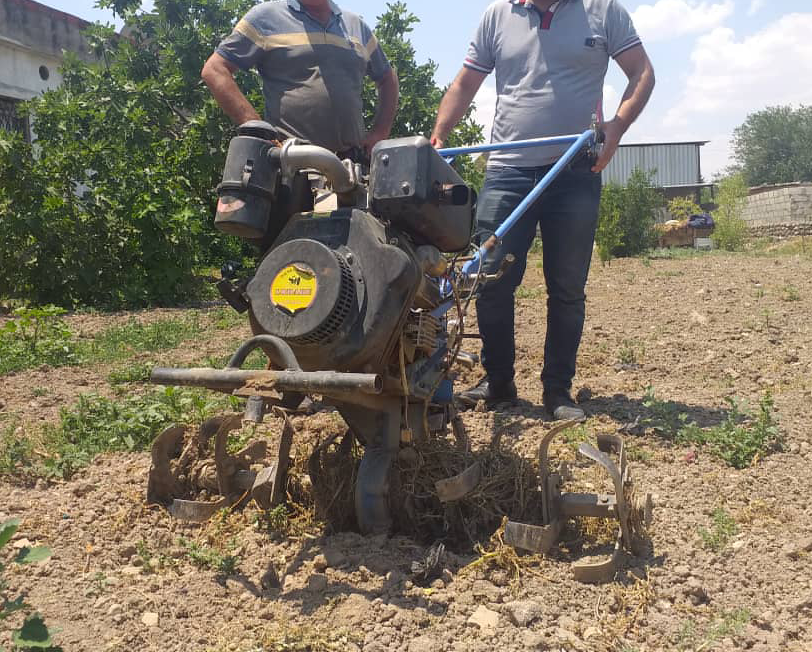 Abu Rahib used a grant from his Siraj Center to expand his land under cultivation and to purchase seeds and pesticides. These inputs improved his income, which then allowed him to invest in drip irrigation, a water tank, and a rotary tiller.

“This has helped me to more efficiently increase my farms output while reducing my physical effort” he said, adding “all of which has helped better my livelihood and the future outlook of my family.”

Today, Abu Ratib supplements his farm income by offering the services of his rotary tiller to neighboring farms. He earns 15,000 Syrian pounds per dunum tilled.

Abu Ratib, Tariq, Mustafa and Musa are four among 2,000 farmers AAMS has supported in their efforts to rebuild. The project has led to a nearly 40% increase in land cultivated by participating farmers, from 12,775 dunums to 17,789 dunums. It has also led to an average increase in participant income of 90% in Raqqa and of 64% in Hasakeh.

*All names have been changed to ensure anonymity.