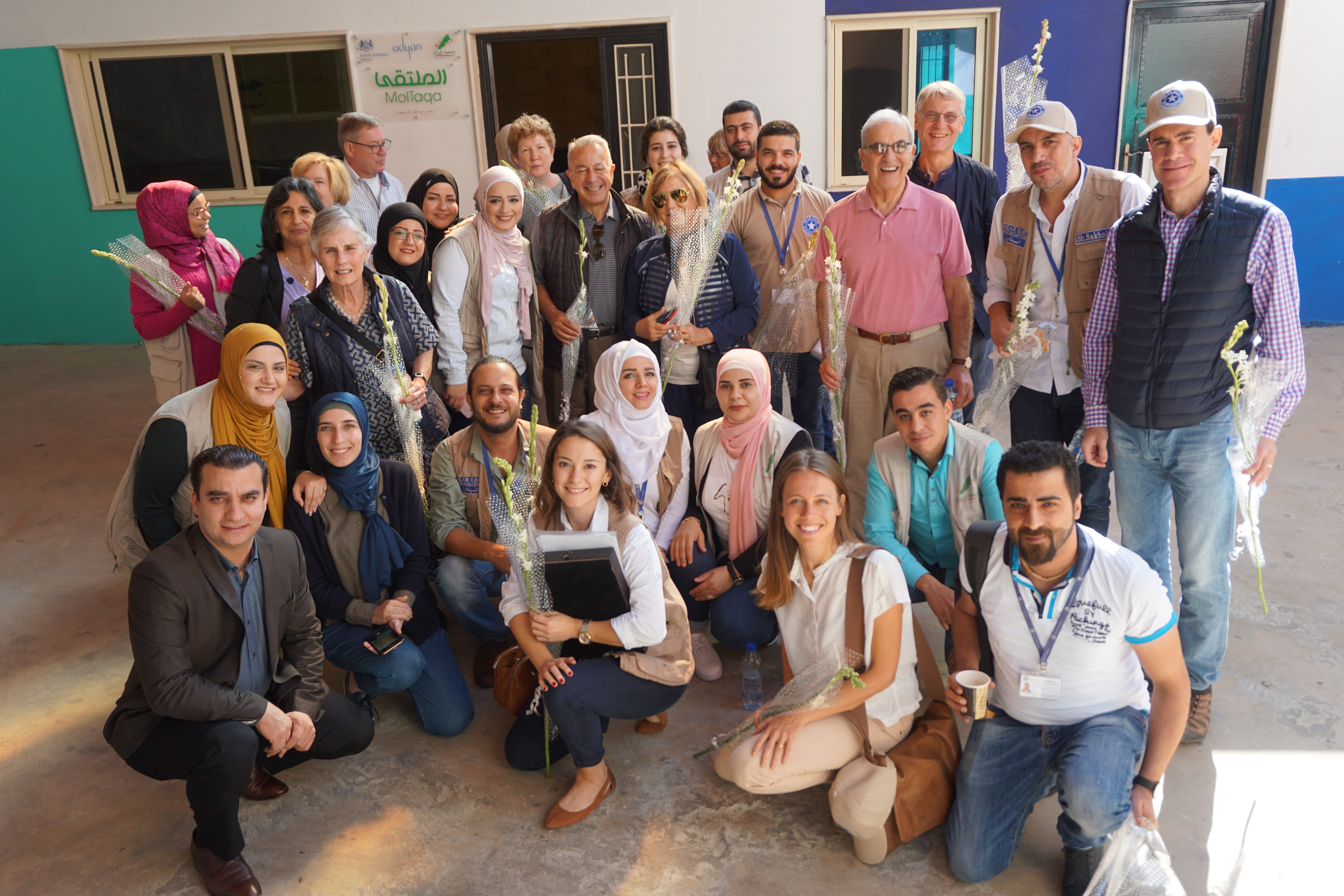 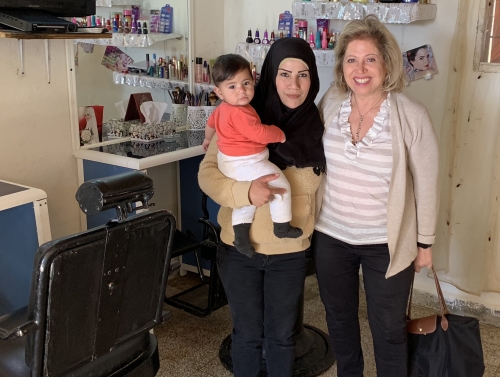 This past November, the Near East Foundation and Near East Foundation UK Board of Directors made a trip to Lebanon to visit NEF’s programs. The week included visiting with some of the Syrian and Iraqi refugee and Lebanese men and women who NEF has helped become self-sufficient by launching home-based businesses ranging from vegetable kiosks, salons, and convenience stores. One of the women, Hanan, invited board members to visit the salon she launched from her modest home in Lebanon’s Bekka valley.

The Board also had the opportunity to visit NEF’s work around water, sanitation, and hygiene (WASH) in Lebanon’s Majdaloun municipality. There they met with the elected leader of the municipality who NEF has worked with to address some of the water issues his community has experienced as a result of the refugee crisis. He explained how the influx of Syrians has put a strain on their infrastructure

including housing, schools, and water/waste management. Specifically, in regard to their access to clean water, the village had to dig their borehole deeper to meet the increased demand. However, soon after doing so, sediment polluted the water and made it unsafe to drink or irrigate the land. In response, NEF has worked with the community to install a filtration system for the borehole. With the filtration system, the community will have access to clean safe water. He told the NEF Board, “We are a small community, but we have huge ambitions. I work hard to improve the conditions in the community to see it thrive. We live in one community and we have to come together for the benefit of everyone living here. The water filter project will allow more opportunity for that in our municipality.” 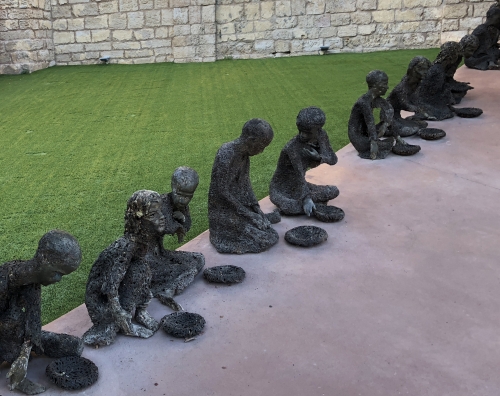 After a week of visiting with NEF-Lebanon staff, NEF beneficiaries, and community leaders and partners, the Board closed the week by paying a visit to the Armenian Genocide Orphans’ “Aram Bezikian” Museum, which is located on the premises of the Armenian Orphanage of Jbeil, known as the “Birds’ Nest.” This was an especially meaningful visit on the trip, as the Birds’ Nest orphanage was originally purchased by the Near East Foundation in 1920 (known as the Near East Relief at the time) to serve as a home and school for the thousands of orphans in need of help after the Armenian genocide. The museum documents the lives of Armenians at the fall of the Ottoman Empire and the tragic genocide that took place, as well as the role of various NGOs, including the Near East Foundation, and western missionaries that helped survivors recover and rebuild their lives.