They Shall Not Perish Premieres on Screen in New York City April 8, On National Public Television Beginning April 1 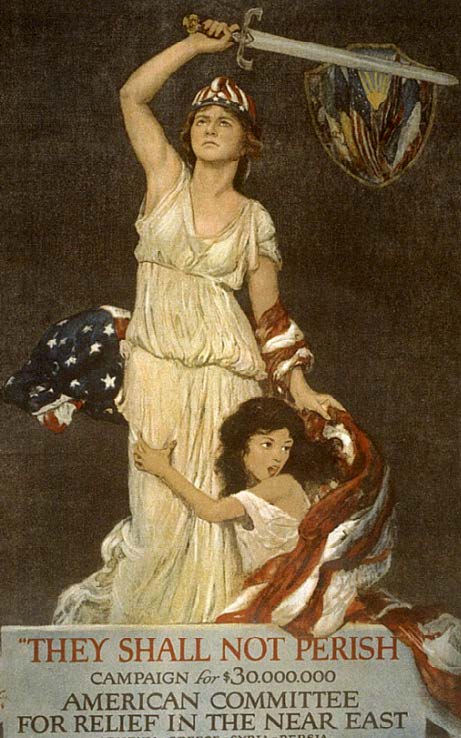 New York, NY – On April 8, 2017 the Near East Foundation (NEF) will host the official film premiere of They Shall Not Perish: The Story of Near East Relief at the Times Center. Produced by NEF Board Member Shant Mardirossian and award-winning director George Billard, the documentary details the unprecedented humanitarian efforts of thousands of Americans who saved a generation of orphans and refugees during the collapse of the Ottoman Empire and in the aftermath of the crisis that came to be known as the Armenian Genocide.

The one-hour documentary film features the stories of individuals who witnessed the Genocide and of the American people who rallied their country to provide the largest non-governmental humanitarian response undertaken up until that time. Motivated by nothing but a moral sense of duty, these men and women—among them industrialists, ambassadors, missionaries, teachers, nurses, admen, and Presidents—helped bring care and comfort to millions of suffering Armenian, Greek, and Assyrian refugees in extremely harrowing environments.

Narrated by six-time Emmy-nominated actor Victor Garber, the film is set against a mix of historical footage and archival photographs, and utilizes contemporary interviews from leading academic experts such as Taner Akçam, Peter Balakian, Susan Harper, John Cooper, Dr. Martin Deranian, and Keith David Watenpaugh. In addition, the letters of American officials, relief workers, and orphans are brought to life through the voices of leading actors—Michael Aronov, Kathleen Chalfant, Dariush Kashani, Andrea Martin, Ron Rifkin, Tony Shalhoub, and Kara Vedder—taking the audience on a journey from the depths of cruelty to the triumphs of survival.

Executive Producer Shant Mardirossian, inspired by his grandparents’ escape and survival during the genocide, says he produced this film “not just to remember those we lost in the genocide, but to shed light on an important chapter of American history when ordinary citizens stood together against a great injustice and saved the lives of 132,000 orphans.”

These historic rescue efforts led to the formation of what is known today as the Near East Foundation. The work that started over a century ago continues to be reflected in NEF’s work today, particularly, current programs that focus on improving the lives of Syrian and Iraqi refugees in Jordan and Lebanon.

With a focus on an often forgotten yet important chapter in American history, They Shall Not Perish challenges the notion of what values a nation should aspire to demonstrate, and raises the question of when and if humanitarian concerns should override strategic national interests. “Today, as we confront an exploding refugee crisis, it’s imperative that we consider the humanitarian consequences when formulating U.S. foreign policy,” says the film’s director, producer, and writer George Billard. 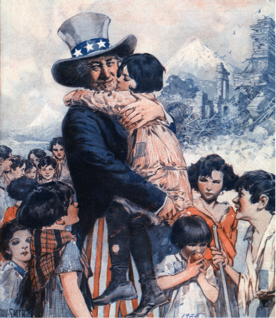 The premiere event on April 8th will offer two screenings, at 2:00pm and 5:00pm, both followed by a Q&A and panel discussion with the filmmakers and documentary contributors. In addition to the panel, the evening showing will conclude with a cocktail reception catered by Great Performances. For more information on the premiere and to purchase tickets, visit www.neareast.org/theyshallnotperish.

In conjunction with the premiere, The Near East Foundation’s educational partner Facing History and Ourselves will help bring the lessons learned from the film to classrooms across America. While NEF remains committed to implementing economic-development programs today to ensure a better tomorrow, Facing History similarly strives for a world shaped by caring and knowledge rather than prejudice and bigotry by inspiring students to think critically and make informed, ethical decisions. As we experience the biggest refugee crisis since WWII, we hope that this partnership will call attention to what society can do to help vulnerable populations, and the measures that can be taken to prevent similar atrocities from happening in the future. The partnership will be formally announced at the film premiere.

The documentary will also be distributed by the National Educational Telecommunications Association (NETA), and broadcast on public television stations nationwide beginning April 1, 2017. More information on the film, screenings, and resources can be found at www.theyshallnotperish.com.

For media inquiries or questions about the event, please contact Communications and Development Officer Andrea Crowley at acrowley@neareast.org or (315) 428-8670. 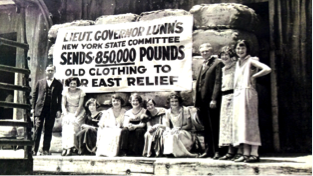