On June 23, 2016, NEF’s Jordan office hosted Ambassador Paul van den IJssel of the Embassy of the Netherlands in Jordan to provide an update on NEF’s Youth Forums Initiative for Promoting Gender Equality in Tafilah Governorate.

After a presentation highlighting the project’s many breakthroughs, the ambassador visited a number of exhibitions that were created by young Jordanians who have participated in the project for nearly a year. The youth-produced exhibits included:

“Silence Is Not My Language,” presented by Ghandal Female Youth Forum, a play that depicted the challenges surrounding women’s right to education and the adverse effects that early marriage can have on women’s lives. 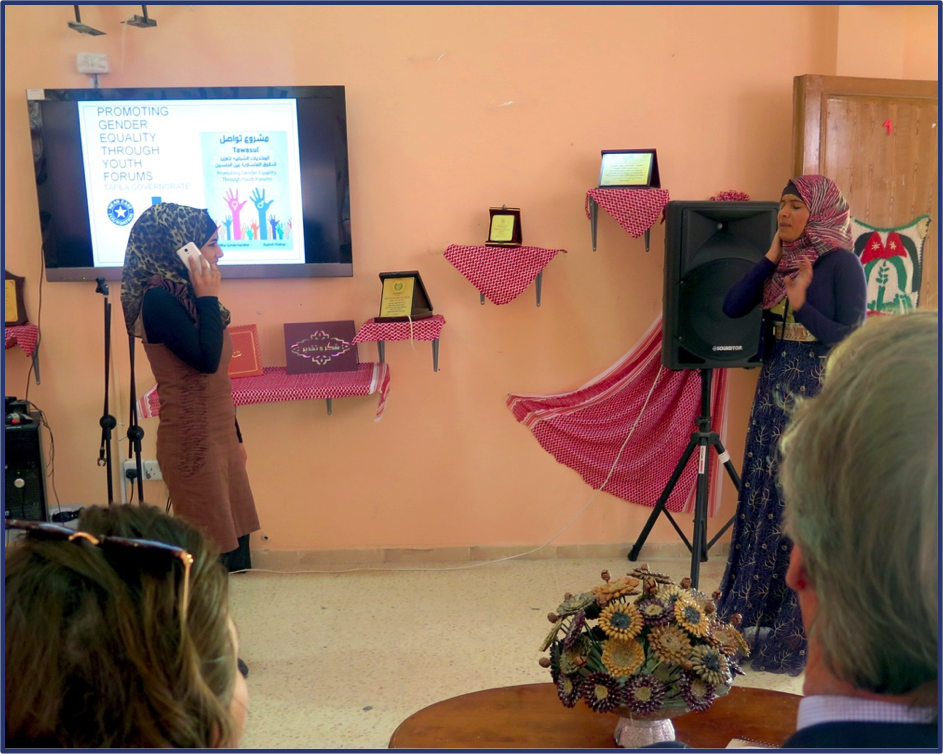 “It’s Enough,” housed at the Buisra Female Youth Center, which showcased drawings by female youth who participated in its Youth Forum. The display included many incredibly poignant and powerful pieces that addressed the sensitive issue of gender-based violence through the eyes of adolescents. 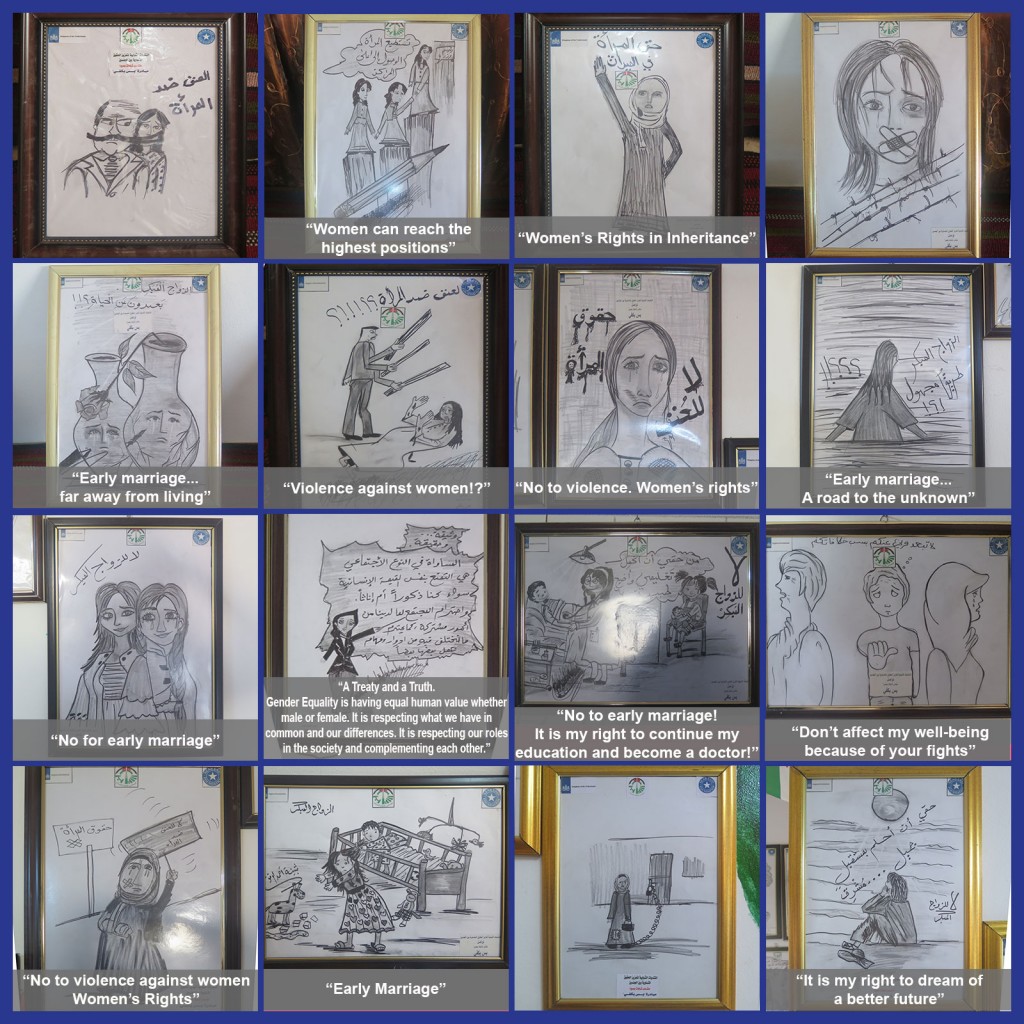 “My Photo Tells My Story,” which displayed a photo gallery of portraits of strong female figures from the community with brief descriptions. 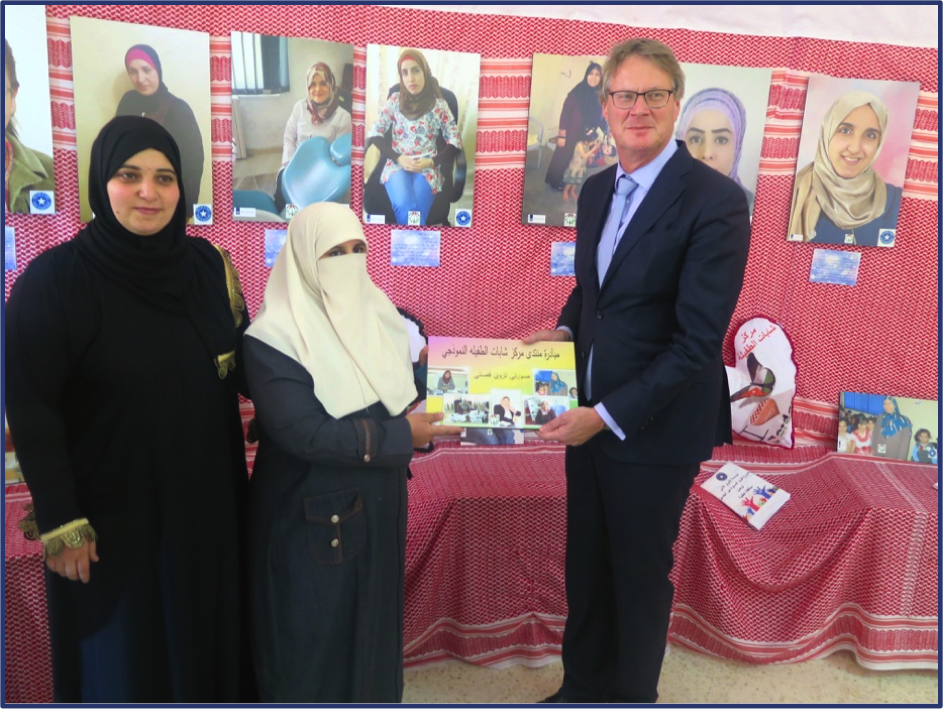 “A word could make a difference, but there is no difference between us,” displayed at the Ein Al-Baida Youth Center, which presented positive messages aimed at promoting gender equality printed onto a cloth tapestry. In addition, posters were printed and posted in public places around Tafilah with these same positive messages. 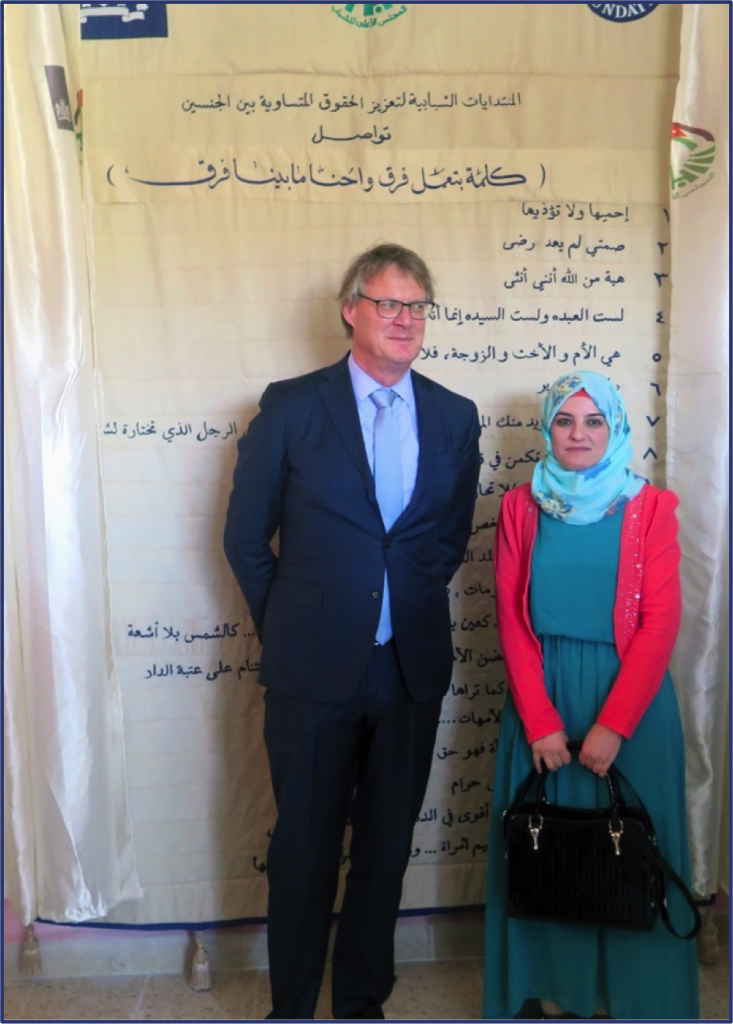 “Journey to Gender Equality,” which premiered for the first time at Qadesseh Female Youth Center. The exhibition showcased a series of informative and educational posters about the principles of gender equality according to various international treaties—including photos of well-known women’s rights activists from all over the world.

An interactive element requested that attendees leave anonymous suggestions on ways to improve gender inequality in Tafilah. Over 400 suggestions were received on the exhibition’s opening day. 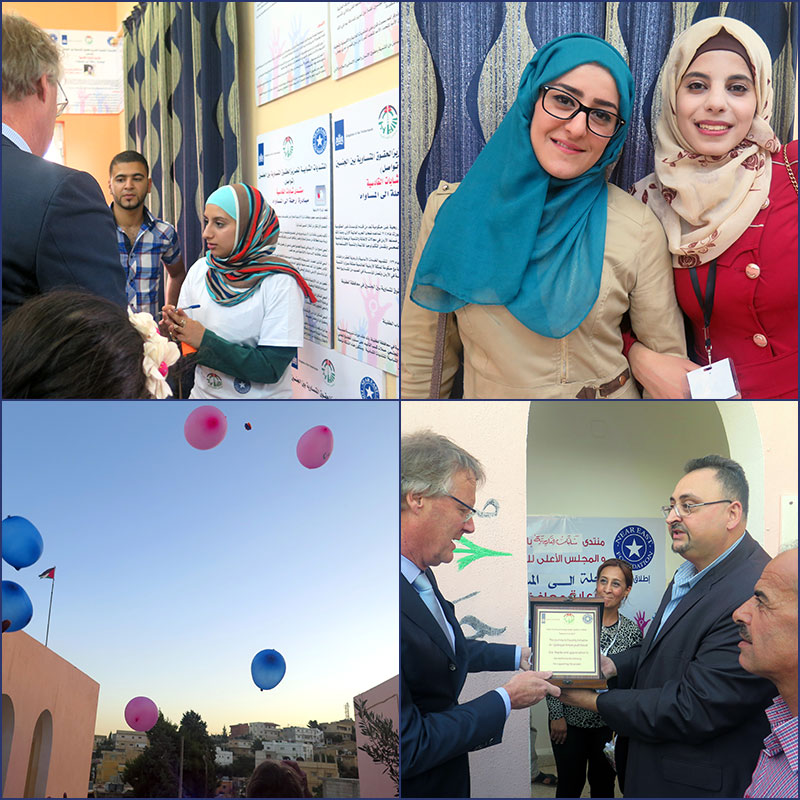 Launched in September of 2015, NEF’s Youth Forums Initiative was developed to address harmful social norms for women, specifically in the communities within the Tafilah Governorate. It was designed to start a productive conversation, by way of a youth-led movement, about women’s lack of visibility in civic, economic, and political life, as well as their limited control over household decision making and assets.

To date, the program has succeeded in its goal to extend its youth-led campaigns to schools, community groups, youth centers, government institutions, and the greater community.

Through a “training of trainers” approach, NEF has partnered with five youth centers and 10 area schools to equip 150 youth (half male and half female) with the skills to effectively engage in community development initiatives to advance women’s rights and challenge gender inequality. The ambassador’s visit concluded with a presentation of certificates to these youth instructors.

Using a curriculum called Youth Advocacy for Women’s Rights (YAWR) to train these young trainers, NEF has utilized this same approach to educate 200 teachers and parents on issues related to gender inequality and women’s rights.

Through a nomination process, 12 youth were elected to meet regularly to discuss and plan women’s rights initiatives. This has resulted in 10 youth-led women’s rights initiatives being launched since the project began. A total of 5,000 community members have participated in one of these initiatives in some way. Additionally, there have been a number of advocacy campaigns that have taken hold around topics such as promoting sports and physical education among female youth, vocational schools and increased subjects/majors in schools for women, early marriage, and improved marriage laws and regulations.

For more information about NEF’s work in Jordan, click here.