On March 25, 2018, NEF said goodbye to Richard Robarts, a revered leader of the Near East Foundation for 22 years whose philosophies and impacts are still very much present at NEF today.

At his memorial service on April 28 in Old Greenwich, CT, current NEF President, Charles Benjamin, was honored to deliver the eulogy to Chuck’s family and friends gathered to celebrate his meaningful life and legacy. In doing so, he explained the influence that Chuck had as a mentor to him and so many others, saying, “Chuck had an incredible way of working with people. He made us feel that anything was possible and no idea was too small. While teaching and mentoring us, he encouraged us to grow into our own – making us believe that we could accomplish anything. Dreaming big was something Chuck excelled in, especially when the end goal was development that had the potential to change people’s lives.”

Of his devoted wife of 54 years, Dee Robarts, and his sons Alex and Andrew, he added, “While brilliant at what he did, he led with his heart and this I think stemmed from the beautiful family he was surrounded by each day, and who he so looked forward to returning home to after each trip to the field.”

He concluded, “I now have the humbling responsibility of serving in the same role that Chuck served for 22 years, and I can only hope that all of us at NEF will go on to make him and his family proud, and ensure that the legacy that he built and the lessons he passed down live on.”

The Near East Foundation is forever grateful for Chuck’s contributions and the countless lives that he touched. With great sadness and much respect, we say goodbye to a true man of service who gave so much of his life to this organization. 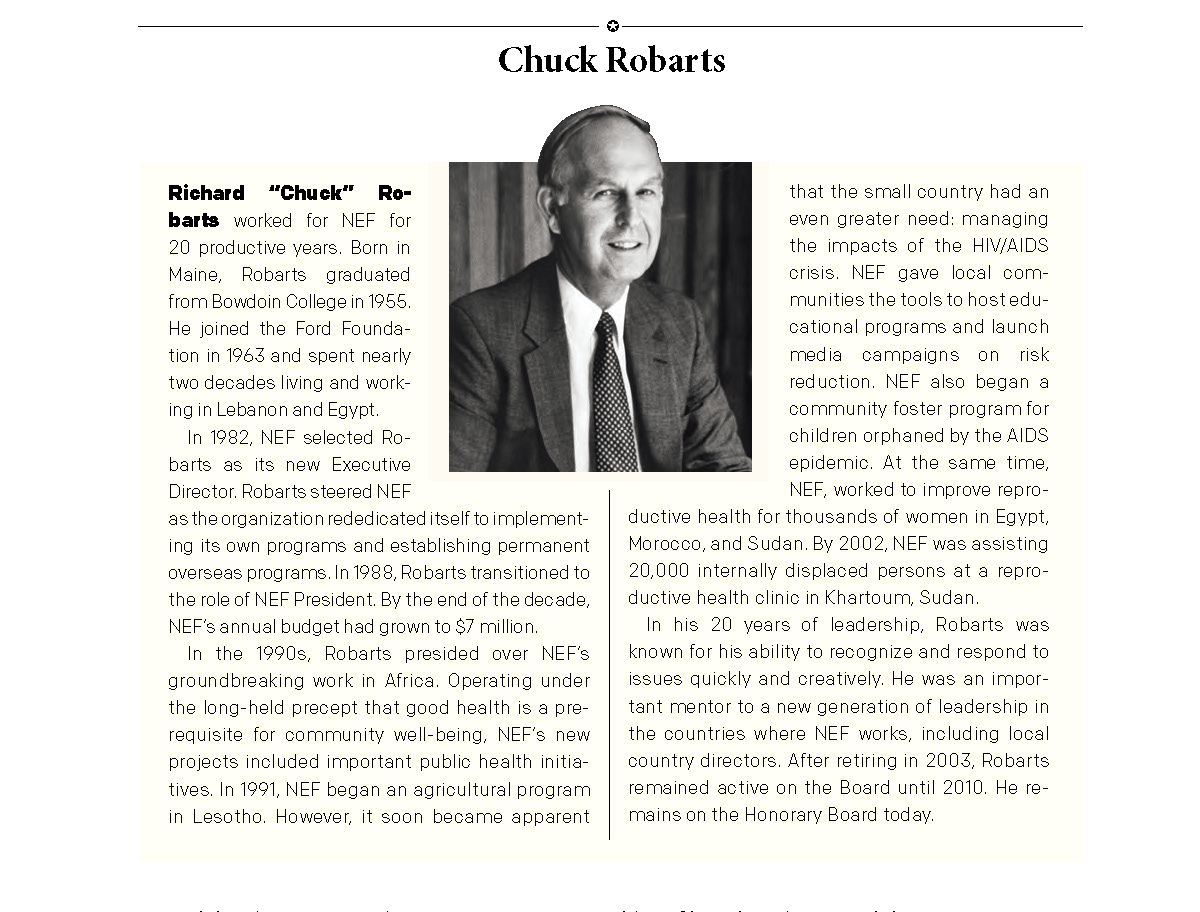 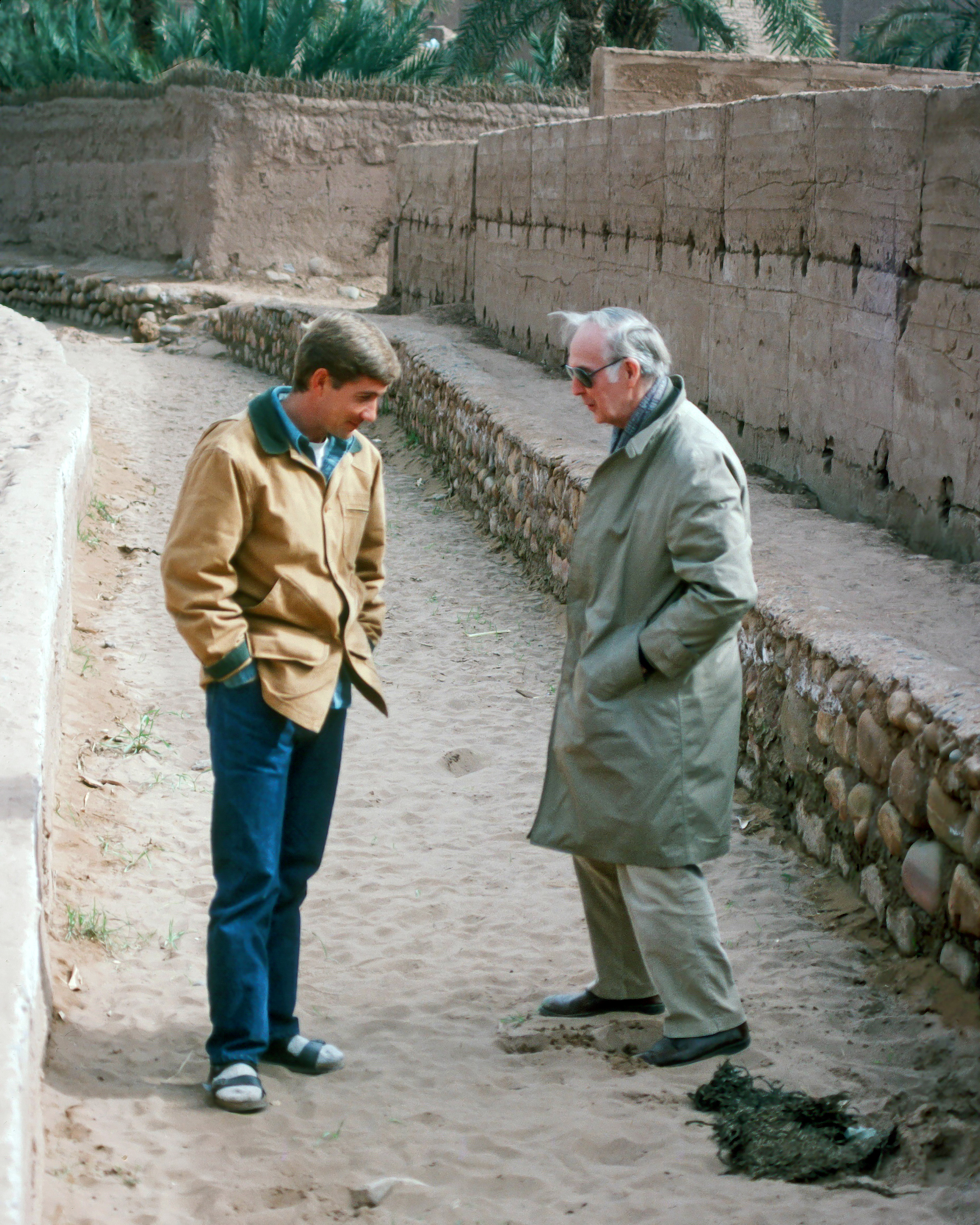