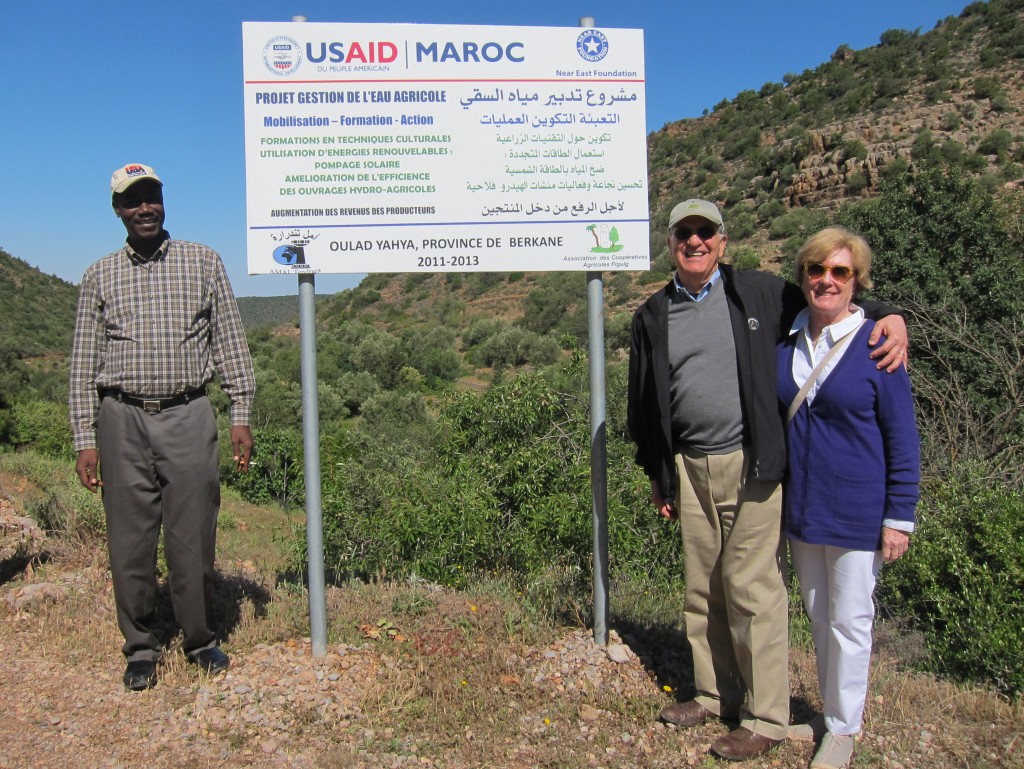 This year, NEF welcomes a new Board of Directors Chairman—Robert Solomon. Bob was elected to the role  of Near East Foundation’s Board Chair in December 2015, assuming the role from Shant Mardirossian who has been NEF’s tireless Board Chairman for the past eight years. Shant will continue to serve as Chairman Emeritus and a member of the Board.

Of his aspirations as NEF’s newest Chairman, Bob says, “I would like to continue the great work of my predecessor Shant—and those before him—expand our operations in the region, and most importantly find a way for NEF to help solve the Syrian refugee problem.” While Bob recognizes the challenges that lie ahead for NEF’s efforts to address the refugee crisis today, he is “convinced that our mission and it’s great history will allow us to continue to be successful in the region.”

Bob brings an incredible career and impressive international experience with him to the Board and Chairman position. Joining Marsh as Managing Director of Marsh & McLennan Italia in 1974, Bob later became Marsh’s Area Head for the Far East, Africa, the Middle East, and Latin America. Subsequently he became head of Marsh’s International Risk Management Division, and was later appointed to head Marsh’s International Specialty Operations.

Newly retired from Marsh after a more than 40 years of work, Bob has been a dedicated NEF Board member for nearly four years. Of Syrian heritage, Bob’s interest in the Middle East—inherited from his father—led him to join the NEF Board in 2012.

In regard to his new role, Bob says, “With everything that is happening in the region now, it even more reinforces my commitment to want to help.” Commenting on Bob’s election Shant remarked “After guiding NEF into its centennial year, I am more confident than ever that Bob will now lead us through the next phase of challenges that we face in the region today.  It has been a privilege to serve NEF as its Chair and I look forward to continuing as a member of the board and supporting our new Chair.”

This past year NEF also welcomed two new board members—Mrs. Aminy Audi, the CEO and Chairwoman of the Board of L. & J.G. Stickley, and Mr. Yezan Haddadin, co-founder of HCH Partners and Chief Investment Officer of Capital Bank.

Aminy is a central figure in the greater Syracuse, NY area and a longtime supporter of many local organizations.  She served as a Non-Governmental Delegate to the United Nations World Conference of Women in Beijing and was a founding member of the CNY Women’s Fund.  Aminy also currently serves on several boards including the Upstate New York Advisory Council of the Federal Reserve Bank of NY, the CenterState Corporation of Economic Opportunity and Consensus CNY, and is a Trustee of the SUNY university system.

Yezan resides in Jordan and has over 15 years of investment banking experience.  Prior to co-founding HCH Partners, Yezan was an Advisor at Ripplewood Holdings LLC and before that a Managing Director at Perella Weinberg in New York.  He currently sits on the Board at Sixth of October Investment Company (SODIC), an Egyptian real estate development company.

NEF is honored to have both Aminy and Yezan as Board Members, and grateful for their already immense contributions to the organization.

Click here to read more about NEF’s Board of Directors.