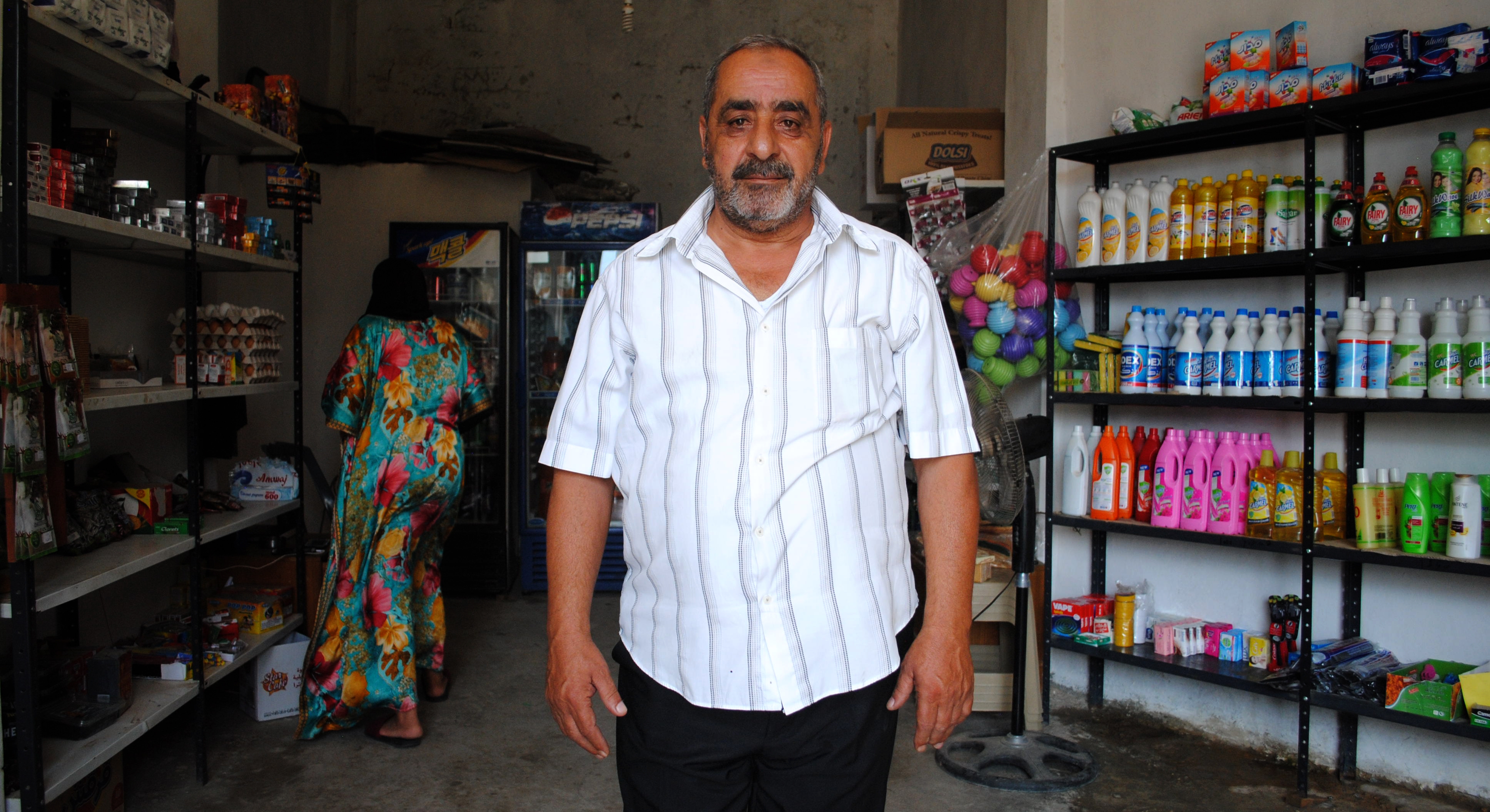 For longer than he can remember, Abdel wanted to follow in his father’s footsteps and open a grocery store. He understood the business, “it felt like the natural path to follow,” he explained. But, until recently, the chance to pursue this dream was out of reach for the 59-year-old father of seven.

Working as a bus driver for a local school, Abdelsalam was able to make ends meet but, struggled to raise start-up capital to open a business. “I had been seriously thinking about how to open a store for about five to six years, but it wasn’t until I knew about the grants that I could take my first step forward,” he said, referring to the NEF livelihoods project that provides training and cash grants to vulnerable Lebanese and Syrian entrepreneurs.

Selected to participate in the project, Abdelsalam recalled, “The business training helped, it was a refresher as I had learned it before, the grant was the main input. I managed to buy shelves and the fridges and to open the store.”

Welcoming customers from 7 a.m. each day, Abdelsalam’s store has become a landmark in the local community and has satisfied the needs of dozens of families. “There are no stores nearby. Everyone was very happy when we opened. It is close and safe for their children.”

Despite the time it took for Abdelsalam to realize his dream, success has come quickly. Less than a year after opening the doors, he qualified for a NEF business expansion grant, has paid off his debts, is financially independent and has no stress.

“When I go home at the end of the day, I go home with money in my pocket. I can’t begin to describe the feeling of what it means not to have to ask for help.”