Businesswoman Sumaia Sawalmeh relies on the support of her husband to balance her work while raising her family of five in rural West Bank. 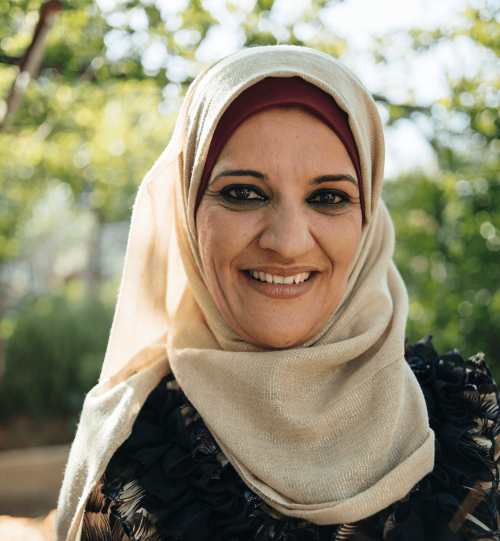 Sumaia Sawalmeh, 40, sits on her ornate red couch. A wrinkle-free black dress skirts her ankles and the sleeves stretch toward her wrists. High-wedge dress sandals adorn each foot. Her 5-foot frame takes up just a corner of the cushion.

Plates filled with Manakish, warmed pita, Nutella cake balls, and salty Akkawi cheese sit on her coffee table. Crystal glasses set on a silver tray brim with black tea and floating mint leaves. A spoon for sugar is dropped into each.

Teased by a pull on her head covering, Sumaia spins and lifts youngest daughter Sara Rawagabeh, 4, onto her lap. She raises her five children with her husband Ammar Rawagabeh, 46. He crafts furniture. She grows olives. Together, they keep bees.

In 1995, Sumaia decided to start olive farming. She leased land near her home in Asira Alshamayla, Nablus Governorate of the West Bank. Her lessor takes half of her olive production as payment, and she averages about 300 kilograms of oil per year after that. She combines that with her father-in-law’s 60-year-old trees to contribute to the family income of nearly $5,000 from just the olive oil business.

In 2011, she entered the USAID and Near East Foundation’s Olive Oil Without Borders program. Training and funds allowed her to advance her farming techniques and certify as an olive oil taster—a skill used to determine the oil’s grade. She also received NEF grants to buy two beekeeping cells for honey through her participation in NEF’s Advancing Women’s Business in the Palestinian Territories project.

Sumaia leverages her own independence and Ammar’s support to pursue her own business ventures.

“I’m controlling myself, and I have more self-confidence,” Sumaia says. “I can make decisions in the family.”

She’s worked for her family’s trust. It took six years to gain. 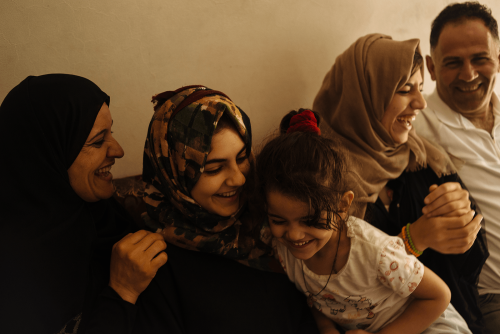 Tradition in Middle Eastern culture can keep women in roles exclusive to raising a family and caring for the household.

“(Ammar) always asked me to make a balance between my home and my work,” Sumaia says. “But these (challenges) encouraged me to work harder to show them that I can do both my work and look after my home.”

For Sumaia, entering into business for herself was a means to increase her family’s income. It also allowed her to use the business knowledge she learned while studying computer engineering in Jordan for two years before she set that aside to get married.

“I lost the chance to complete my studies so my husband gave me the chance to work,” she says. “My husband wants to support me and my ambition to contribute to our income.”

Two white suits with mesh-covered hats have been set out on Sumaia’s patio table. Each protects from bee stings. One covers the entire body, the other just to the waist. Sumaia reaches for the longer suit—she’s allergic to bee stings. Ammar assist her with ensuring that every gap between Sumaia’s hat and her suit are sealed. 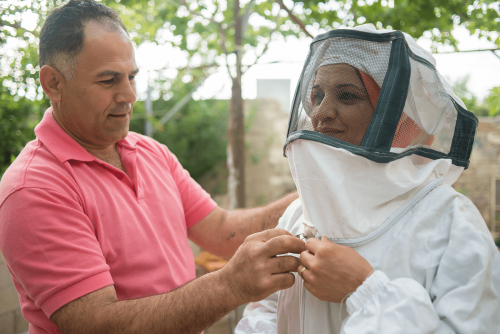 Then, he reaches to put on his own suit and hat. They are a team, Sumaia says. “Our relationship is one of collaboration.”

Sumaia moved from Jordan and married Ammar in 1993. Together they raise three girls and two boys: Sara, Ibrahim, 11, Zaina, 15, Yusef, 20, and Sabreen, 21. The younger children go to school during the year. Sabreen studies art at An-Najah University in Nablus.

Ammar finished secondary school, but started working instead of attending college. His parents raised 15 children. He needed to help with costs in Asira’s difficult rural economy.

A friend introduced him to carpentry as a hobby. Soon after, he decided to open his own furniture shop. He leaves Asira in the early morning to open his store in Nablus, a 15-minute drive away. At night, he returns home for dinner, sometimes as late as 11 p.m.

“It’s an adventure to improve something,” Ammar says. “I like to assemble all the pieces with my own hands.”

His demanding schedule required that Sumaia handle much of the family tasks at home. So, her desire to farm challenged their routine, he says. But he learned how her ambitions gave back to their family and children.

“I was one of her great supporters in working with olives,” Ammar said. “We are open-minded, my family.” 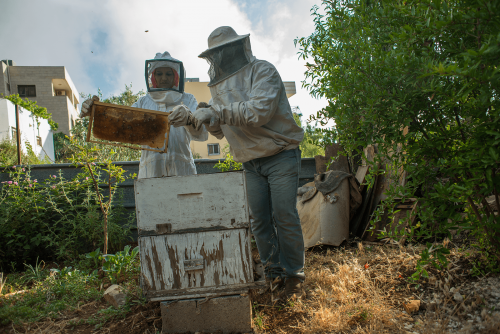 Beekeeping came later, when Sumaia found out about the grants available through NEF. She applied to add another source of income. Her allergy prevents her from handling the cells alone, though.

So, Ammar researched techniques. He took over and expanded their two cells to seven. They collect about 20 to 50 kilograms of honey each year to sell at local markets. Whatever the project, they take it on side-by-side, he says.

“If you have a wife and are sharing a life, you must give her trust and support,” Ammar says. “You must share everything.” 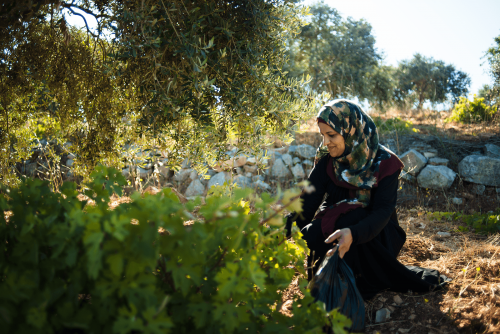 A future for her children

Olive harvest in late fall brings together Sumaia and most of her husband’s family. They pack up the donkeys, gather the children, and camp in the mountains by the trees for two weeks.

One year, Sumaia remembers helping an uncle load a donkey. They only filled one bag with olives, but it takes two to balance the load. So she decided to fill the bag on one side of the donkey and sit in the bag on the other. Her uncle was leading the donkey downhill when the entire group tipped over in a heap on the road.

They could not stop laughing, she still recalls today.

So it is with olive trees and the land. They provide more than a source for money; they connect families with past and present, Sumaia says.

“When we need help, together we support each other,” she says. “If the brothers didn’t come to help— and my sons—we wouldn’t be able to finish.”

Her children help with the harvest, but she and Ammar prioritize the kids’ education first.

To give local children educational after-school activities, she joined the mother’s society in Asira. With 85 members, these women get out of the house to actively 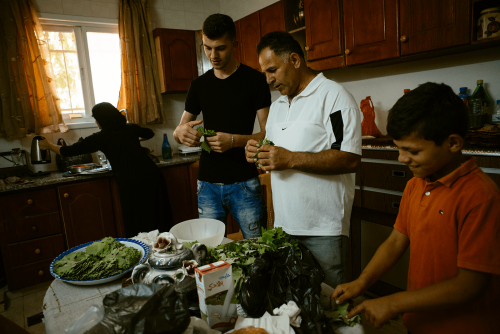 contribute to their local community.

NEF’s regional program coordinator for the Middle East, said the women in the West Bank outnumber the men in the region’s seven universities. And, they achieve higher success rates. Media and global social interaction opened the minds of the people, he said. To interact with and learn from other cultures, the people in the West Bank must adapt.

Sumaia’s freedom as a businesswoman shows her children, especially her daughters, the opportunities beyond Asira. She and Ammar teach them about their family land. But they want the five children to get their educations, maybe a doctorate, and then hopefully, return home.

In her house, Sumaia encourages differing opinions and welcomes any dreams her children might consider. 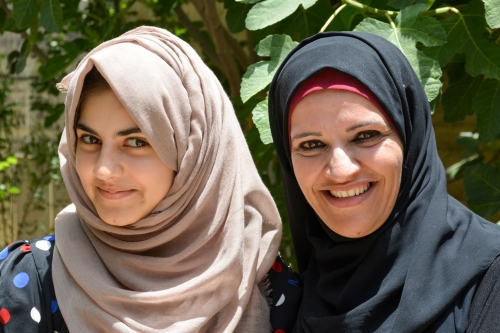 “They can make their own choices without the fear of rejection from me or from their father,” she says. “They ask us for our advice, but they know what they want.”

As for Sumaia, she wants to stay here. Her own family lives in Saudi Arabia, but her heart and home belong with Ammar and the olive trees.

“(My grandmother) always taught me to love my land,” she says. “She told me as much as you love and give your land, it will love you and give back to you.”