This September, applications for the Aurora Humanitarian Initiative and NEF Gratitude Scholarship Program will open for promising youth in the Middle East who are looking for a transformative educational experience at one of six United World College (UWC) schools in the September 2017 academic year.

UWC as a movement operates on three pillars: multiculturalism, peace, and environmentalism. Its mission is to provide a life-changing educational experience to a diverse cross-section of students to inspire them to create a more peaceful and sustainable future. The unique curriculum at UWC schools provides a well-rounded approach that pairs traditional academic coursework with creative action-oriented service opportunities.

Campus life is a significant part of the UWC experience and is greatly influenced by the culture of the geographic locations in which each of its schools are located. This gives students the opportunity to learn about a different culture through their new surroundings as well as from a diverse community of classmates, faculty, and staff.

UWC’s alumni body is an impressive group of dynamic individuals, many of who attribute their success back to their tenure at a UWC school or college. To hear them speak of their time at their respective UWC alma maters is to understand how profoundly their experience influenced who they are today.

In a letter for UWC’s Impact Stories, Ruddy Ndina, alumnus of UWC Waterford Kamhlaba, discussed his experience as a refugee who fled the Democratic Republic of Congo with his family after war erupted in the late ’90s. After living in Mpaka refugee camp in Swaziland for over seven years in harsh living conditions, options for this future seemed limited. However, Ruddy’s parents were determined to see him succeed and instilled in him and his siblings a drive and determination that allowed Ruddy to excel academically and receive a scholarship to attend UWC Waterford Kamhlaba. When reflecting on his experience, Ruddy said:

“My time at Waterford was very transformative as it provided the platform to develop my academic and leadership skills whilst also contributing to the development of my community. I served in various leadership roles; however, the most meaningful experience for me was participating in the Mpaka Refugee Camp Community Service Project. This project was very close to my heart, especially because I once lived in that refugee camp and I could directly relate to some of their pains and struggles. The kids at the camp generally viewed me as a “big brother” and I was excited to inspire a deeper sense of appreciation for academics and leadership development.” 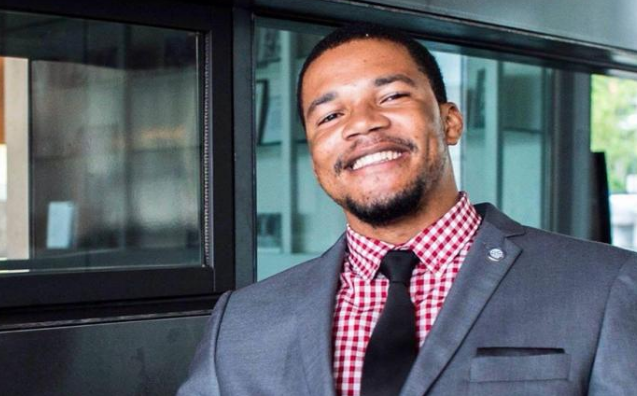 At the letter’s conclusion Ruddy emphasized, “My story is about empowerment and the trickling effect of UWC generosity in helping refugee students overcome their challenges and pursue a better life, just like every other “normal person.”  You can read Ruddy’s full story here.

Ruth Buttigieg, from Malta, graduated from UWC Adriatic, Italy in 2008 and went on to receive her MSc in public health nutrition from Queen Margaret University, Edinburgh. She is now living in Edinburgh, Scotland and works as a specialist in ketogenic diets for the management of diabetes, epilepsy, and cancer while studying for a PhD in nutrition at Queen Margaret University, investigating the role of dietary polyphenols in healthy aging.  Of her UWC experience Ruth had this to say: “My favourite UWC memory is of Easter during my first year there. It was the first time I spent Easter away from home and the idea of not having an Easter lunch was quite saddening. So, my friends and I decided to prepare our very own version of Easter lunch. It was the most random and most memorable Easter I had. At the table we were Catholics, Muslims, Atheists, Jews, Orthodox, Hindus, Buddhists, etc., yet we all sat together, ate and discussed each of our traditions. I’ll cherish that memory forever because it showed me that if you respect each other’s beliefs, then conflict can truly be a thing of the past.”

Another alumnus and former UWC International Board Chair Christian Hodeige spoke of his time at UWC Pear College, saying, “Certainly the idea of people being able to live together from totally different backgrounds, upbringings, religions, ethics, and political histories really blew my mind. One of the biggest gifts from UWC is the knowledge that multicultural living works. I am able to counter people who say that if we live in conflict, we must segregate each other. I think this knowledge, no matter how strenuous it was at the time, stays with you.” In regard to the learning environment Christian said, “My favorite times at college were the village meetings and the theory of knowledge courses. At the village meetings all teachers, all students, all staff could have their view. There was a lot of healthy debate, which created a very free and incredibly encouraging environment.”

To learn more about UWC schools and colleges and how to apply visit, www.uwc.org.

The Aurora Humanitarian Initiative and NEF Gratitude Scholarship Program was developed jointly by the Aurora Humanitarian Initiative and NEF to express gratitude on behalf of the global Armenian community. It will provide 100 academic scholarships over the next eight years to at-risk youth from the Arab Middle East who have been affected by conflict, displacement, and poverty. This year, selected youth will have the opportunity to receive a world-class education at the following participating United World College (UWC) schools:

Applicants from the following countries will be eligible to receive a scholarship for the 2017 academic year: Syria, Lebanon, Palestine, Israel, Jordan, and Egypt. NEF is encouraging youth who meet the established criteria to pursue the application process for the scholarship in the participating countries, which will be available in the Fall of 2016. 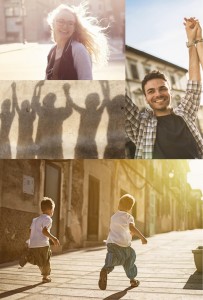 UWC makes education a force to unite peoples, nations, and cultures for peace and a sustainable future. To achieve, this UWC deliberately selects students of different ethnicities, religions, nationalities and socio-economic backgrounds. Selection for UWC is based on merit by selection committees in more than 150 countries. This unique and challenging education model places a high value on experiential learning, to prepare students for future roles in community leadership. Founded in 1962, UWC now has 15 schools and colleges on five continents, the majority of these are two-year residential colleges following the International Baccalaureate Diploma, a qualification UWC played a major part in developing. Currently, 75% of UWC students receive either full or partial financial assistance. UWC also has a network of short courses, often held in regions of political, economic, ethnic or environmental tension on themes such as conflict management or environmental awareness. The UWC movement aims to inspire a lifelong commitment to social responsibility and to creating a global fellowship for international understanding among its alumni, now numbering more than 50,000.